My new blue Bell bassoon, aka Blue Bell, is a total joy and came through like a champion for all of the concerti and studio recording that I did in springtime 2022. I have chosen to commit to Bell bassoons and sell my glorious 15k Heckel aka Big Red to the immensely gifted powerhouse principal bassoonist of the Oregon Symphony, Carin Miller.​

My Professional Bassoons…. Heckels to Bells 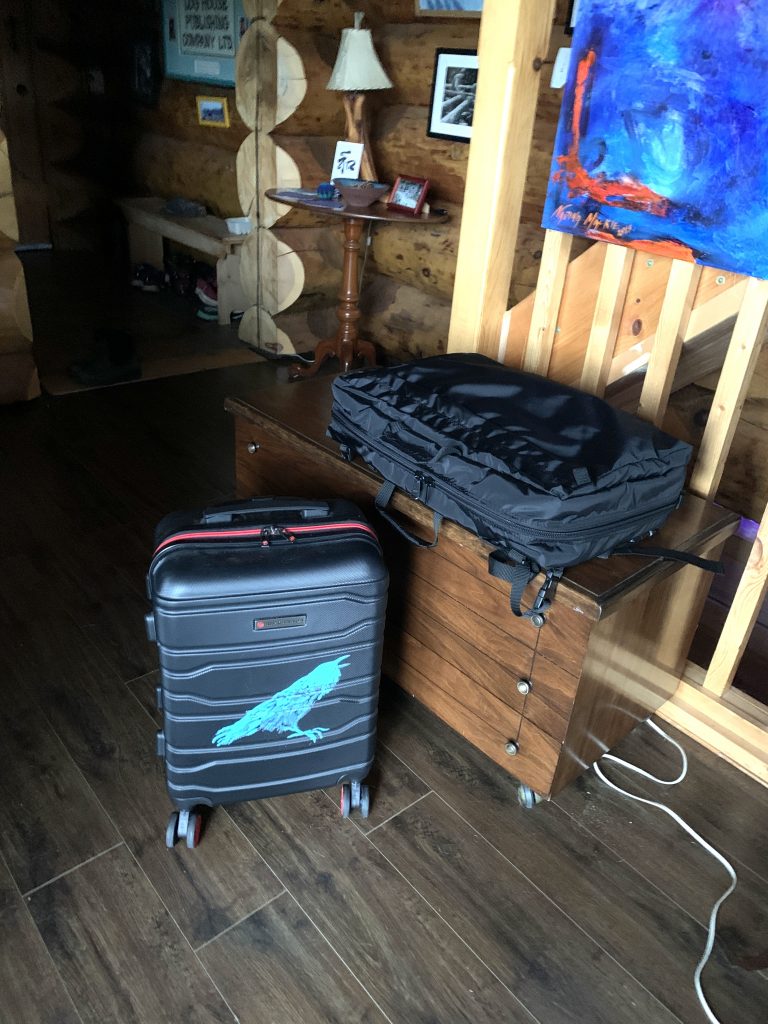 Big Red, ready to fly to Portland. Carin laughed when she saw my suitcase and said “Put a bird on it!” (Portlandia reference that I vaguely remembered)

My last three Heckels really suited my style of playing and led me forward to greater power and expressivity. As bassoonists know, all top-of-the-line professional bassoons take considerable time to make. Waiting times for Heckels increased with each passing year, and the last official notice that I saw from Heckel indicated a 16-year waiting list; they have closed orders until they can catch up. Which puts a huge premium on the already costly newer model Heckels in the 15000 and 16000 series.

Nadina with 12k Heckel, Orchestre Symphonique de Montréal, wearing tailor-made, full tails, cufflinks, cummerbund, tie and all 🙂 (what a pain in the ass to tour with that outfit!) 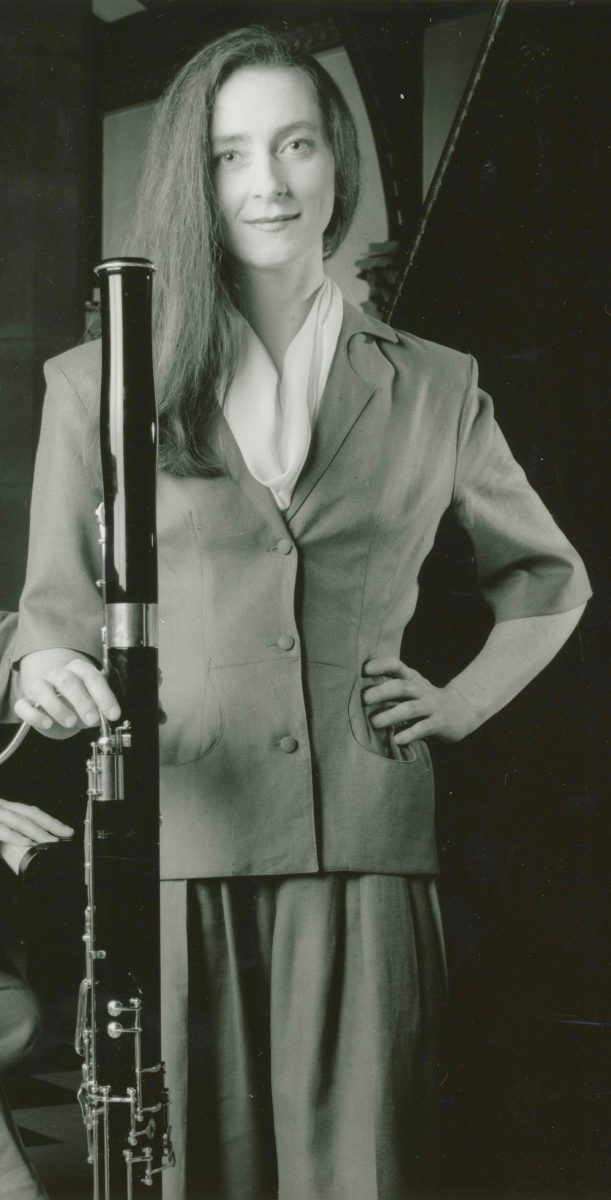 With #13479, the first one that I ordered directly from the Heckel factory. And a suit that was imposed by the stylist for my first real publicity shots…yikes! 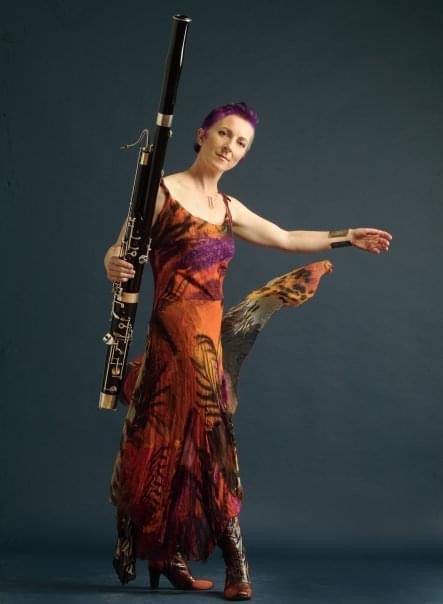 #13479, a decade after I was a second bassoonist. Fancy boots were painful…we played the !@#$! Jolivet concerto in those boots! 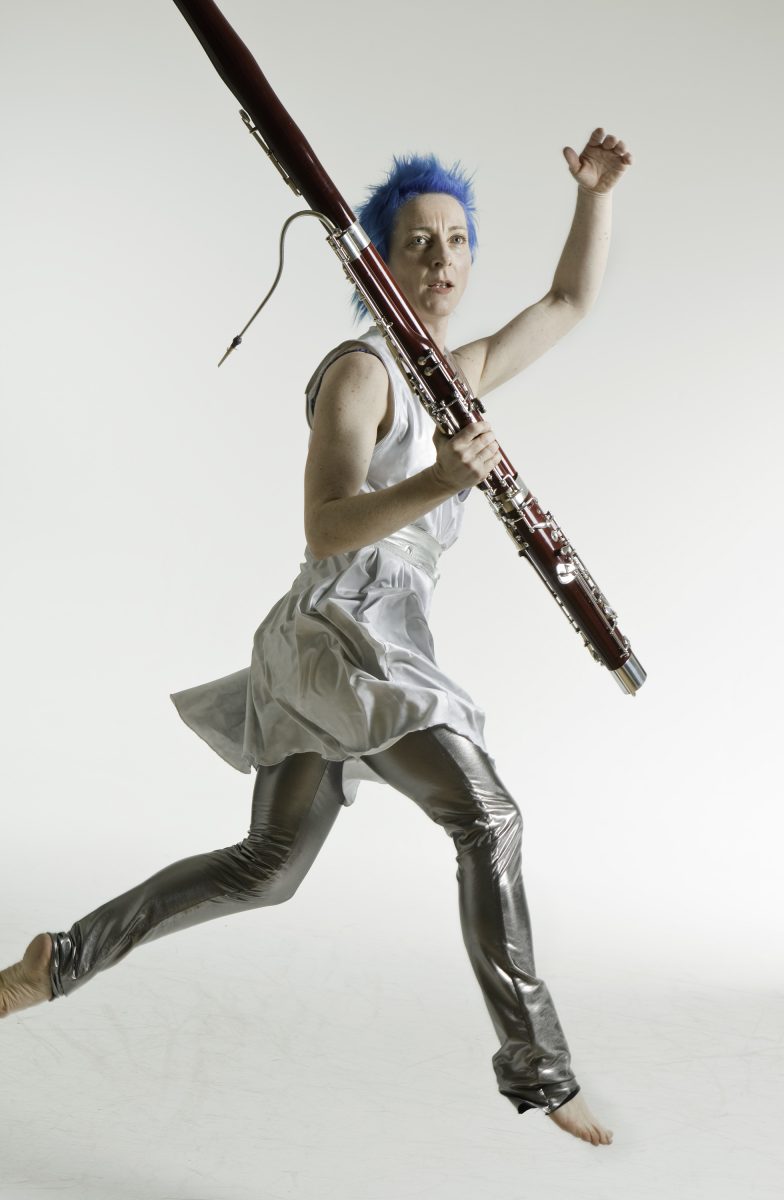 I LOVE (SOME) NEW BASSOONS SO MUCH

Every time that I invest in a new bassoon, it opens different aspects in my playing. And I have discovered that I loved the newer and newest Heckels best of all, and now, the new Bell bassoons.

And equally important, I think that the bassoons respond and develop according to how we play them. Big Red, the 15000 series Heckel, is a true thoroughbred… willing, capable, big, gleaming, powerful enough to soar above the ensemble in solos yet flexible enough to melt into any orchestral texture.

I have recorded six concerto and solo albums on Big Red, premiered 18 new concertos, played more concerti in concert, played hundreds of solo and chamber recitals, and toured with folk artists on electric bassoon and chamber music/orchestral concerts. I played principal bassoon in chamber orchestra concerts and recordings, and second bassoon often with Toronto Symphony. This magnificent horn is both versatile and distinctive.

I hand-delivered Big Red to Carin Miller in Portland and I will forever cherish the texts and jaw-dropping debut video that she sent upon playing this bassoon for the first time. I keenly look forward to hearing Carin as she continues her own strong career as an orchestral bassoonist, soloist, chamber artist and renowned teacher and founder of Bassoons Without Borders.

I am proud that my former bassoons are still being played by other top players in the world. 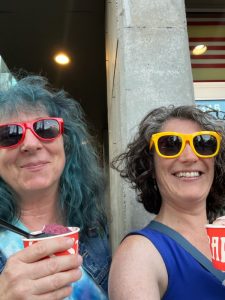 Yeah, you know you want our sunglasses.

Big Red and I did a lot of work together, and before him, Black Beauty and Mr. Brown

You can still hear me playing Big Red and the others on many commercial recordings and recorded live performances:  Hummel Grand Concerto, Lachner Concertino, Weber Andante & Rondo, Oddbird Concerto, Sicilian Proverbs, Thirteen Seconds, Vivaldi Concerti, Scarlatti, J-D Braun 24 Solos, Lussier Oddbird Concerto, Double Concerto, Song of Love and Sorrow, (and so many more works), Glenn Buhr’s man will only grieve if he believes the sun stands still, Marc Mellits’ Dark Matter, Paul Frehner’s Apollo X, Constantine Carravasilis’, Silver Angel.… and there is so much chamber music to hear and works with piano. Big Red has made his mark on my life and I’ll never forget him.

Black Beauty, my former 13000  Heckel can be heard in many Montreal Symphony recordings and in the award-winning concerto album Bacchanale (Hindemith and Lussier Double Concerti) and many chamber music albums, including Musica Franca and Caliban Quartet.

The brown 12000 Heckel can also be heard on many Montreal Symphony recordings, along with the 10,000 series horn that I won the second bassoon position in 1981. 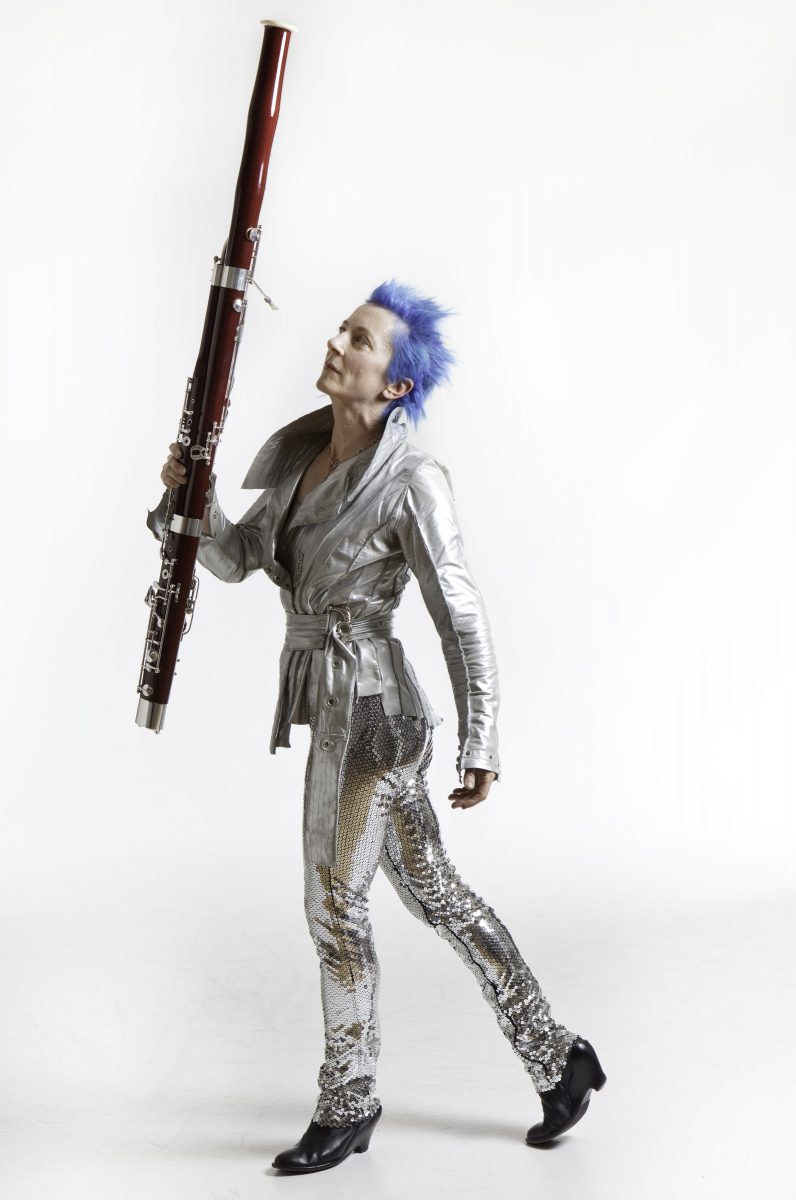 We’re all in this together…

And while all of this is mildly interesting, it also underlines how swiftly life passes, and how many beautiful bassoons there are and so much gorgeous music to be written, performed and recorded. Our names will be forgotten, just as the names of all previous bassoon virtuosi and bassoon section players are largely forgotten, but our efforts will somehow resonate in the art of the bassoon makers, the new fantastic concerti by composers present and past, and the general quality of playing (which has always been so much better than we realize)…

Keep up the good work, everyone! 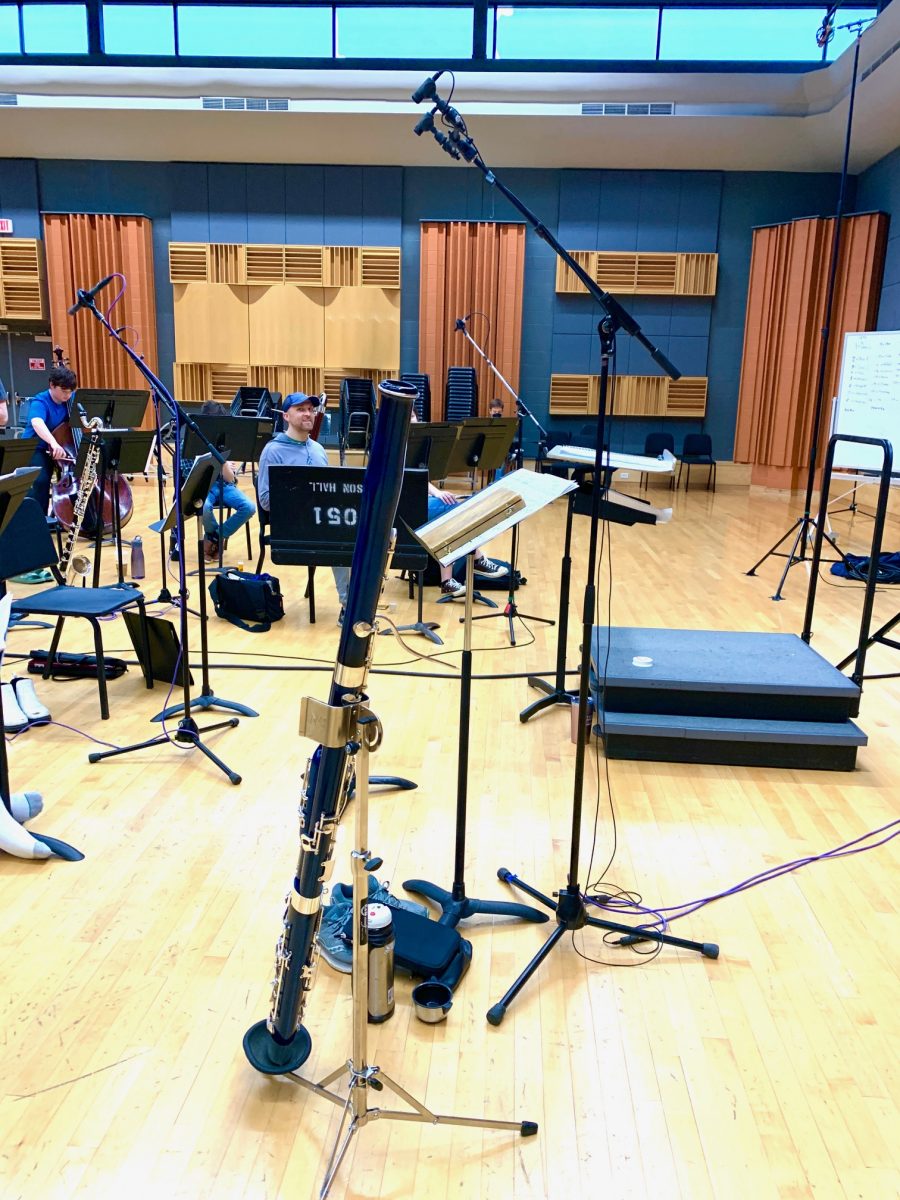 ← Letter from Mary Mackie, May, 1960 Favourite Restaurants from my recent travels →