Life: “I’ll do anything to make a record”

I am loving Keith Richard’s book, “Life” (Back Bay Books, 2010)
It is a great story of real musical debut of both a band, a genre and clothing choices.  Despite his recklessness, he is a focussed and musically driven person… I love the account of his early days with the band, living together and listening/working constantly (“…pounding through the night, learning their crap, trying to find a gig” There wasn’t time for sex though the air vibrates with it.  Later, when they make their first recording and become enormously popular, they played over a thousand gigs in a three year period with ten days off.  That is how you learn to play together!
He talks about music in straightforward commentary and there is something for everyone.  On p. 126 he says “I’ll do anything to make a record” and explains it in a way that makes complete sense.
He also says things like “You never stop learning an instrument, but at that time it was still very much searching about” and it seems like a revelation even though we knew that before.
He also swears really well, even in print.  You’ll have to read it for yourself to catch the musical flow.
I first noticed him on a Chuck Berry film where he swore, laughed, and spoke eloquently about bass lines.  And played in the direct, present-yet-ectstatic way that I love so much.
Fantastic. 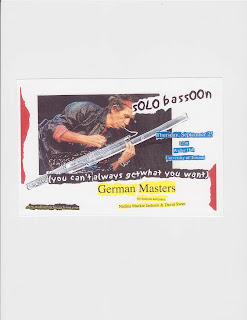