Little Braun Blog
The 24 Solos (1740) by Jean-Daniel Braun is officially launched!  Two days ago!
On October 30, 2011.  It is now available for purchase on my website — just in time for Christmas!
This particular project is what got me started on the blog in the first place and it is funny that I was too busy during the days leading up to the launch to even consider writing.
The preparation for any self-presented concert requires three things in addition to reeds, music, practise:
On the day of the launch, two of my top students also had important stuff going on… Winner of the 2010 TSYO Concerto Competition,  Bianca was at the University of Toronto, in her first playing-from-memory-rehearsal of the Mozart Concerto with the Toronto Symphony Youth Orchestra.  Later she reported that it went very well once she got past the initial flutter of nerves.  I simply could not attend because one of my senior students at the Glenn Gould School was having his recital at the same time.  Adam played with a level of refinement that was inspiring, reminding me of my early experiences in Philadelphia and hearing the seamless, warm, flexible sounds of the bassoonists raised under the wing of the Philadelphia orchestra.  When that was over, one of my recital partners (Dr Cecilia Lee) and another of my senior students (best-admin-assistant-ever-Neil Bishop) helped me bring in food, flowers and CDs from my distantly-parked car.  Neil worked to clean up the reception area and set up all the CDs and price lists, then Guy Few arrived and set up the food table:  my little idea was to have lunch foods and a pile of brown paper lunch bags that had “Little Braun Bag” written on each of them.  Then a graduate student (Susan) arrived to help put up signs around the slightly bewildering complex that is the Glenn Gould School of Music.  Then my oldest friend in the world, Leslie, arrived and volunteered to help sell CDs.  The videographer arrived and then it was time to get dressed… my newest gown by Jessica Biffi still requires the expert bodice-lacing technique of my stage partner Guy Few, so luckily he was on this programme!  I did want to test my reeds one last time since the programme ranged from the unaccompanied Braun Solos to Marcel Bitsch to Mignone, but by this time, the audience had started to flow in.  I had expected a small crowd, but people kept coming… my managers arrived (Andrew Kwan and Erin Sparks), then old friends, then students, composers, parents of students, then  miracle of miracles, people I didn’t even know!!    My manager, familiar with the building, began slinging chairs, aided by Neil.  The concert began and I dived in, first with the solos, then with the Concertini by Bitsch, Lachner and Mignone… my first time out with the glorious, fiery pianist Young-Ah Bang.  I had a great time playing yet was a touch nervous;  it wasn’t until I listened to the videos later that I realized I sounded better than I imagined(feared).
Anyway, the energy was incredible, the support and thoughtfulness of my friends was incredible, the excitement of the visiting students was so touching.  I am feeling very lucky today.  All musicians need support and once we have it, the music can really start to flow.  I will write more this week and post the video clips. 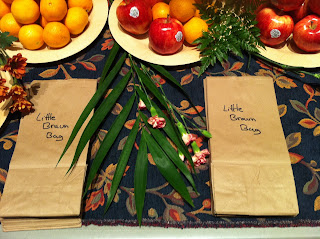