Mirror Mirror – reflections on why I make recordings 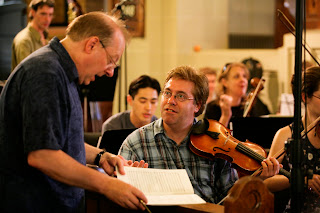 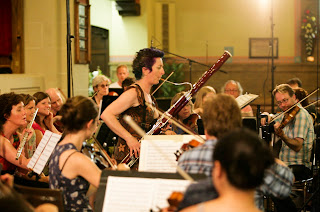 My students sometimes (usually once) will ask me what is the ‘right’ way to ornament,
or what is the ‘best’ grad school to attend or what is the ‘best’ reed style.
I can remember wondering those things too, and thinking that if I someone would give me the answer, I would just work really really hard to attain it.  Simple.
Now I know it absolutely does not work that way for me, even though the desire still lingers for being ‘right’.  I know that any success that I have in terms of artistic results comes only from how I process the materials of music.  Reeds, bassoons, technique and scales are easy enough to understand once you have invested the ten thousand hours… but what about the *fiability of interpretation, phrasing, flow, scope etc.?  How do you really know what you are saying?
*my computer objects to this word, and wants me to say ‘reliability’ but I find that word to be opaque… fiability really is from another language yet is perfect.
Recording, recording, recording.  That’s how.
Fellow professionals sometimes tell me that they wish they had the ‘time’ to make recordings, or that they would never want to commit their current interpretations to disc since they will inevitably evolve.  While these statements are undeniably true, they are also utterly irrelevant to me.
Any recording project requires the same elements of preparation, planning and execution as a live performance but with some specific and valuable differences. The best feature of any recording project is the chance to hear yourself at every stage of the process… from the sound checks to the first takes to the inspired periods to the increasingly hopeless technical log jams but mostly the hours and hours of playback.
In my early days with the Montreal Symphony when we were doing countless discs for London Decca, I would go into the booth to listen to absolutely every playback.  I was amazed at the differences between how it felt to perform the music and the effect of the combined sound when played through their speakers.  Over and over I would listen and compare those sensations and examine how the addition of my single voice to the whole would translate.  There was endless room for improvement and development.  To hear the evolution of my efforts, and to be also aware of the efforts of the players around me along with the irascible but always sentient and indefatigable conductor (Charles Dutoit) was an incredible sensation.  It was exhausting but was the real beginning of my education.  And perhaps because it was so early in my career (I had been playing for 5 years at that point), I imprinted on the process like a little waddling, piping duckling.  Now I am hooked for life.
And in the end, I have a record of my current state of performance ability, a version of the literature that I can compare to the version that lives in my imagination.  I think the act of recording is a gift to ourselves, something that all the incredible musicians of the past would have loved!  And with today’s technology, it is something that anyone can do.