January 27, 2012 – Masterclasses at University of Saskatchewan and second rehearsal with Amati Quartet

We were up for morning masterclasses at the University of Saskatchewan.  We were met at the school by  Dean McNeill, a well-known trumpeter and prof at the University.  He welcomed us and got us set up in our separate rooms. 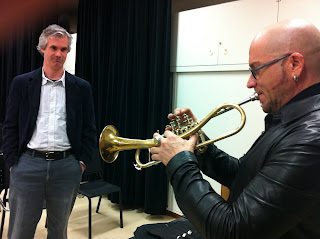 Guy had several brass players and I had a group of bassoonists, including Kayla Nicole McKenzie who played the first movement of the Hurlstone sonata.  She had a lovely sound and was very brave about trying any idea that I suggested.  The bassoon section of the Saskatoon Symphony was present, Stephanie Unverricht and Marie Sellar (also Kayla’s teacher) along with two other students (Ian and Zack).  I also was honoured that Marla Cole sat in on my class and the saxophone teacher, Troy Linsley.  After Kayla played, we then played two quartets (with 5 bassoonists) that Stephanie had arranged, and then we took pictures.  It felt like a big group… Like dog years, I always feel that one bassoonist is the equivalent of seven more common instrumentalists. 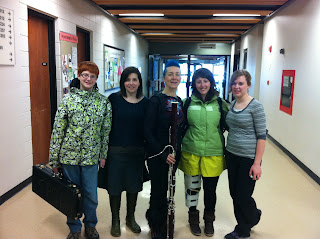 We then went to lunch with Marla at Il Secondo and then visited GF’s favourite eyeglass store (Optika) which is the home of a beautiful boxer dog named Furnace. 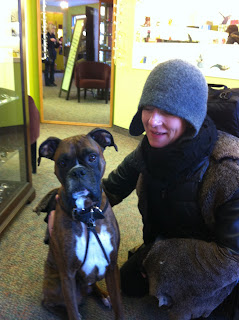 Then it was time for dinner and the evening rehearsal with Amati.  When we got home, Guy finished off the macaroni and cheese that had been made for supper and I messed with reeds again. 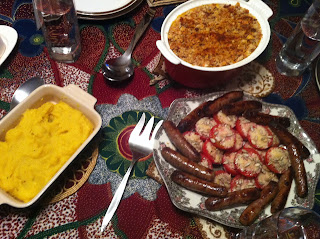