January 29, 2012 – Drive to Brandon from Saskatoon – Final Concert of Tour – Skirt falls off in Boismortier

I got up at 6 a.m. to shower and finalize my packing.  Allan Few and I were driving to the Saskatoon airport to return the rental car and get back in time for breakfast.  Guy got up at 7 to help Helen make and present breakfast.  Our guests arrived on the stroke of 8:30.

The executive director of Prairie Debut and a real powerhouse of generosity and forethought, Lynne Bailey insisted on driving us to Brandon (a 6-hour journey) because she wanted to save us the strain of steady driving through drifting snow before the concert.  She shared the driving with her husband and we made a couple of gas stops. We checked into our motel/hotel… definitely sobering after 4 days in a loving family home!  Lynne stood by until she was sure that we were checked into our rooms, then left to do some business until dinner time. I had half an hour to make a reed… not quite enough time but I started even though I knew I couldn’t finish.  Guy was more sensible and flung himself on the bed with the clicker in his finely groomed hand.  Then we met Lynne for dinner, and then gathered our gear and went to the hall… I lay down for 15 minutes because the ground was moving under my feet.

The Lorne Watson Hall was tiny but also very resonant and flattering.  We were met by the ebullient dean and concert pianist, Michael Kim who showed us everything and introduced us to the student stage manager, Melissa.

This was the first concert of the tour where we spoke without microphones.  There were many faculty members in the audience (Cathy Wood, clarinet Joel Brennan, trumpet, Alexandre Tselyakov, piano) and loads of students.  I asked the usual questions of the audience: how many trumpeters (at least 14) and how many bassoonists (1!!)

We launched into our program, and during the second movement of Sonata No 1 in e minor (Opus 50) by Boismortier, I felt an unaccustomed coolness on my rear end… my skirt had been hanging loosely since the beginning of the tour and the early days, Guy had insisted on pinning it to the corset.  He was sure it was going to fall off and I said it wouldn’t, but tonight, at the last concert of the tour, it decided to prove him right!  I reassured the audience that I was wearing pants so it wouldn’t have been the end of innocence had the skirt abandoned me completely.  But it didn’t.  At the end of the second movement, Guy jumped up and smoothly zipped me back together, crowing all the while about the accuracy of his prediction. The audience laughed a lot.

As in all of our concerts, we went out at intermission and talked with many students and their parents.  There were two young fellows there with their Dad… Davis (who plays trumpet and piano and something else) and Keiran, who was the lovely 12-year-old bassoonist who ended up playing in my masterclass the next day. I was interviewed by a young woman for the school newspaper and we talked to as many people as we could before playing the second half.  Afterwards, Michael drove us back to our hotel with a pile of sandwiches and we crashed into bed. 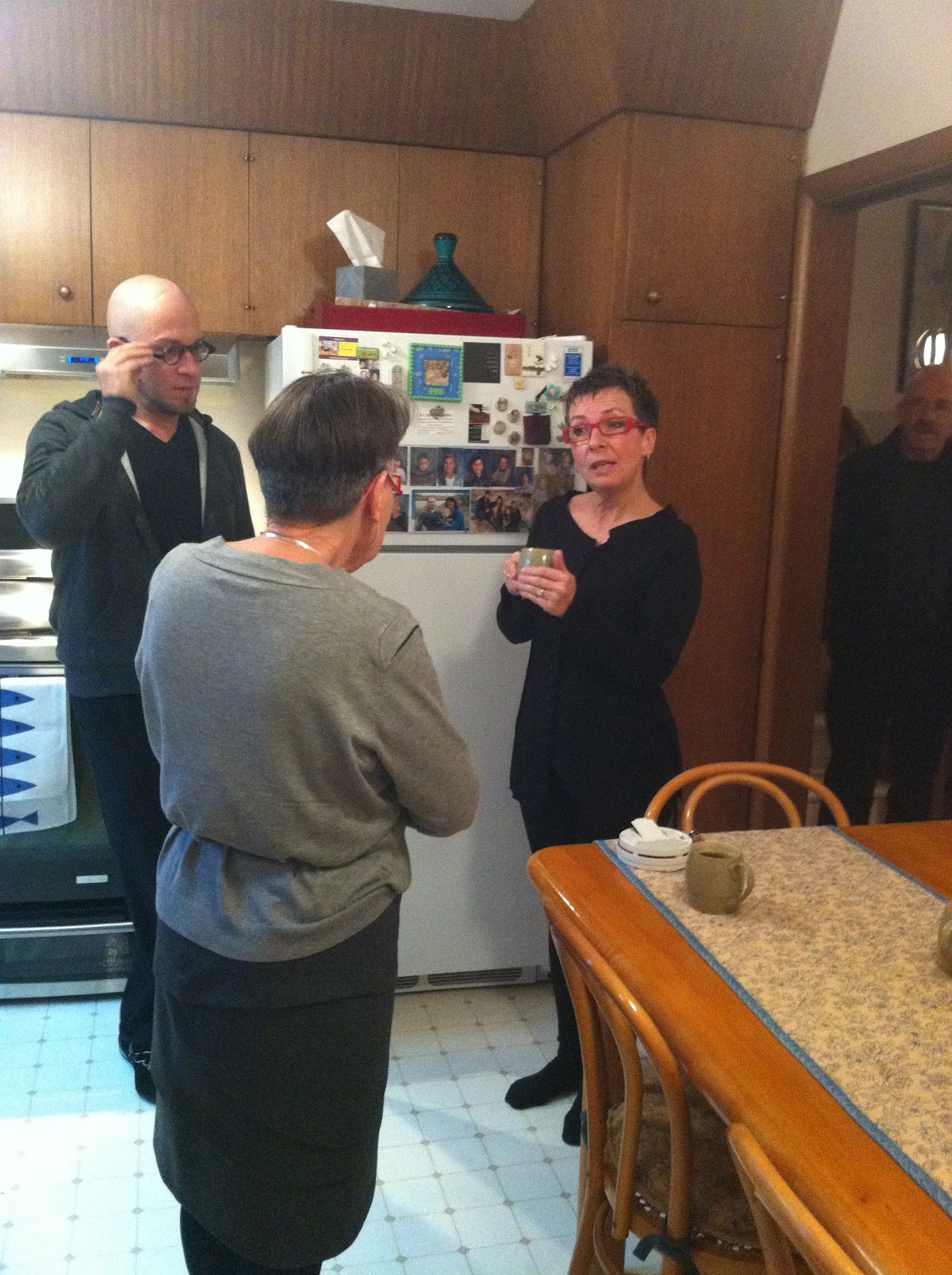 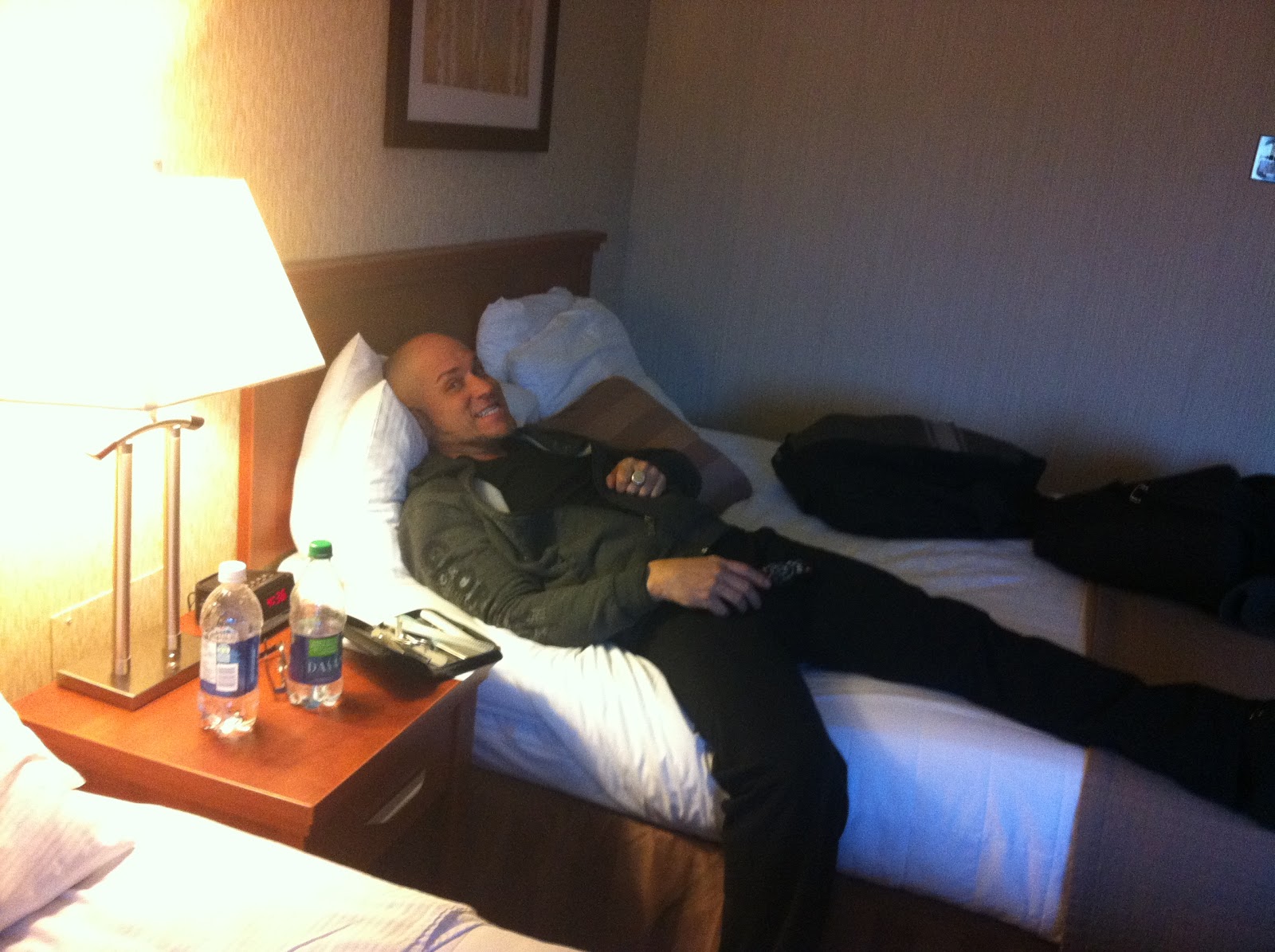